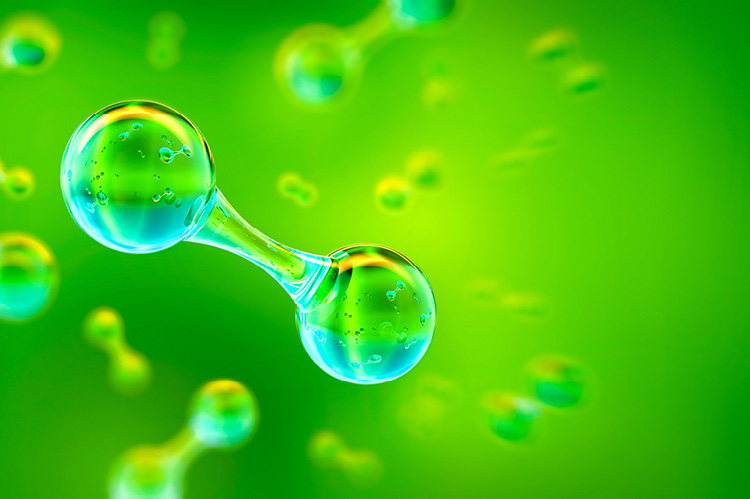 Africa’s abundant energy reserves gives the continent a great potential to produce and export green hydrogen. The hydrogen can be exported in the form of either on blue hydrogen (natural gas combined with carbon capture and storage technologies) or green hydrogen (renewable electricity).

Several countries in Africa, especially in the Southern and Northern Tropics, boast of excellent wind and solar resources. Not to mention, Africa also has unexplored hydropower potential, mainly along the Nile and Congo Rivers which could be explored to boost the continent’s energy production.

Some of the world’s largest natural gas reserves are in countries like Angola, Algeria, and Nigeria. Thus, these countries consider blue hydrogen a low-carbon option as they try to diversify their petroleum-dependent economies.

Africa’s resource potential has attracted the attention of many European countries, notably Germany, which has partnered with several African countries in the development of Hydrogen Potential Atlas. The German government has also contributed $45.7 million towards Namibia’s National Green Hydrogen Development Strategy.

Currently, Germany and the DRC are discussing how the controversial Inga Dam III project can be relaunched. The European country has also established Hydrogen Offices in Nigeria and Angola.

The Politics and Economics around Hydrogen Export in Africa

Africa is grappling with many complex technical, political and economic factors many the continent’s energy prospects pretty challenging. But, it’s not possible to separate hydrogen development from the broader Africa’s energy landscape.

Over 50% of African population do not have access to electricity. Sub-Saharan Africa’s (excluding South Africa) per capita energy consumption is 180 KWh, compared to Europe’s per capita of 6,500 kWh and 13,000kWh in the US. Renewable energies are also at the initial stages of development.

Africa generated about 189 TWh of renewable power, which accounts for about 20% of electricity generation and below 0.02% of its potential.

Therefore, the economic feasibility of hydrogen export is one area that policymakers must consider. Notably, clean hydrogen production in some of Africa’s promising areas could face completion cost-effectively, mainly because of the availability of abundant solar resources.

West Africa alone has a capacity to produce about 120,000 TWh of Green hydrogen annually at a cost of $2.63/kg if water constraints are eliminated. However, the cost of hydrogen transportation cost hinders this competitiveness.

Although maritime shipping is the most cost-effective means for a distance of over 3,000 kilometres, it increases the cost by $1-2.75/kg, while the pipeline transportation cost is much lower for shorter distances. Typically, new hydrogen pipeline could cost approximately $0.18kg/1000 km while the retrofitted gas pipeline cost $0.08.

Green hydrogen production also requires has high volumes of water, which is already not sufficient in Africa, especially in the Sahel and northern regions. Similarly there are doubts of whether blue hydrogen is a climate-friendly venture due the demand for safe carbon dioxide storage sites, green gas emission and the viability of the technology for carbon capture and storage. Therefore, the possibility of exporting large hydrogen quantities from Africa to Europe remains a subject for debate, considering the continent’s energy potential, several constraints, including water access, transport infrastructure, and climate-related concerns. Additionally, important industrial policy ambitions will have to be considered in any strategy to develop hydrogen export.